After a nationwide search, Shawn Heilbron, Senior Associate Athletic Director for Development at Oregon State University, has been named Director of Athletics for Stony Brook University, announced President Samuel L. Stanley Jr., M.D. Heilbron, who for the past three years has been leading the OSU Athletics development program and serving as a member of the management team for both the OSU Foundation and OSU Athletics, rose to the top of the candidate pool that included a number of highly qualified applicants from outstanding Division I athletic programs across the country, according to Dr. Stanley.

"I am very excited to welcome Shawn Heilbron into the Stony Brook family, to lead our outstanding athletic program into the next chapter of its compelling and competitive Division I history," said President Stanley. "His experience in Division I athletics, his interest in preparing student athletes, and his demonstrated success growing Division I programs offers Stony Brook the winning combination of attributes needed to take the Seawolves into the next era of competition and excellence."

Heilbron comes to Stony Brook at a time when the athletics program is gaining momentum and reaching milestones in multiple sports. To date the Seawolves have amassed 48 conference championships, student-athlete GPA is above 3.0, all women's programs are fully funded, and the University is on the verge of opening its new $21 million, 4,000-seat Stony Brook Arena.

As AD, Heilbron will oversee Stony Brook University's Intercollegiate Athletics program including selection and management of coaching and administrative personnel; preparation of long-term program and financial plans; development and management of the annual operating budget for the Department of Athletics; media and sponsorship contract negotiations; coordination and oversight of athletic facilities and 20 intercollegiate athletics programs, made up of 10 men's and 10 women's sports with nearly 450 student athletes. The Athletic Director is also responsible for compliance with regulations governing intercollegiate athletics and all applicable University, Conference and NCAA rules and policies, as well as Title IX and Affirmative Action/Equal Opportunity guidelines.

"I am honored to be given this incredible opportunity because Stony Brook has come so far in such a short period of time, and I look forward to leading the team that will help shape the future of this program," said Heilbron. "Stony Brook is well positioned as a University, and I am excited that President Stanley sees Athletics as a way to enhance the Stony Brook brand on a national level, and I thank him for his trust and confidence in appointing me to this position.

"The outstanding coaches and staff in place at Stony Brook are giving our student athletes a chance to succeed in everything that they do. We have an unbelievable opportunity to work together to make this a transformative experience so when our student athletes leave here they are better for having been a part of the Seawolves family."

Before he joined OSU, Heilbron spent five years at UCLA (2006-2011) where he oversaw major gifts, the Wooden Athletic Fund, Bruin Varsity Club, endowments, special events, sports specific fundraising and planned gifts. He was responsible for more than $35 million in gifts to UCLA athletics during his tenure. Prior to UCLA, he served as Associate Athletic Director for External Relations at Southern Methodist University in Dallas (1999-2006) where he managed all fundraising, marketing and sales functions, including corporate sponsorship and ticket sales. He secured a leadership gift of $5 million that enabled SMU to break ground on the Crum Basketball Center, a state-of-the-art practice facility. He also negotiated a new 10-year multi-media rights partnership with ISP Sports that led to a substantial increase in revenue through its corporate partner program. In 2000 he engineered the marketing and sales efforts for the opening of SMU's Ford Stadium, leading to an increase in football season ticket sales from 2,200 the previous year to over 11,000.

"I am very excited for Shawn and his family, Stony Brook has found a dynamic young guy with a big engine who will hit the ground running," said Todd Stansbury, Athletic Director at the University of Central Florida. "He has worked with some great ADs in Bob DeCarolis and Dan Guerrero and is definitely ready for this opportunity. I will be excited to watch his impact on the continued evolution of the Stony Brook athletics story. Congrats to Stony Brook and Shawn on a great hire."

A 1994 graduate of the University of Texas at Austin, Heilbron earned a Bachelor of Science in Radio-Television-Film, and began his career that same year as director of public relations for the Dallas Freeze of the Central Hockey League. Prior to that he was communications and marketing manager for Pinnacle Trading Cards.

"Shawn Heilbron stood out among a highly qualified group of candidates," said Barbara Chernow, Senior Vice President for Administration at Stony Brook University who chaired the Athletic Director Search Committee. "Shawn is the right choice for Stony Brook and we all look forward to working with him."

Heilbron and his wife, Bevin, plan to move to Long Island with their two sons, Asher and Ramsey, and daughter, Quinlan. 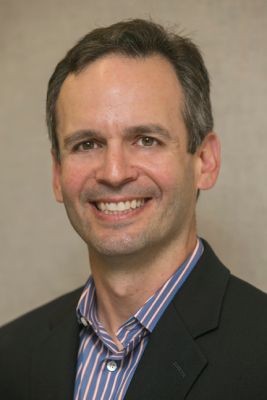