University of Idaho President C. Scott Green announced today the hire of Terry Gawlik as the Vandals' new director of athletics following approval by the Idaho State Board of Education. Gawlik brings 25 years of leadership experience in intercollegiate athletics, including 14 years as the designated senior woman administrator at the University of Wisconsin.

"Terry Gawlik is a talented leader who brings vision, enthusiasm, experience and integrity to this position," Green said. "We are thrilled to add someone with a decades-long track record of commitment to student-athlete success – in competition, in the classroom and in the community. She is the right leader for our Vandal Athletics program as we build a culture of excellence now and for many years to come," he said. "Terry has extensive experience in NCAA men's and women's athletics which has allowed her to develop a broad network of coaches and administrators that sets her apart."

"I am very honored to accept this position and become a member of this great Vandal community," Gawlik said. "My passion is developing people – our student-athletes, our coaches and our staff. Together we will continue to build championship programs. I know President Green has a great vision for this institution and for the athletic department. I will work every day to lead and help facilitate this vision."

Gawlik is heavily involved in campus committees and organizations at Wisconsin, where she is the campus and athletic department Title IX deputy. She serves on the Campus Equity and Diversity Committee and Campus Clery Act Committee. Within athletics, she chairs the Senior Staff Working Group on Equity and Diversity, as well as co-chairs the Gender Equity, Diversity and Student Welfare Committee.

Prior to joining Wisconsin Athletics, Gawlik coached at three different colleges in her native Texas. She served as the head coach for basketball, volleyball, tennis and track and field during her stops at Mary Hardin-Baylor, St. Mary's University and Austin College.

Gawlik was a basketball and volleyball student-athlete at Southwestern University, where she graduated with a degree in physical education and English. She went on to earn her master's degree in physical education and educational administration from Texas State. Terry and her husband Dan, a research scientist at the University of Wisconsin School of Medicine, have two children: a son, Matt Fitzsimons who resides in Colorado; and a daughter, Katy, who resides in Michigan with her husband Kevin Mack.

Gawlik will start her position at Idaho Sept. 1. Her contract includes a base annual salary of $200,000 and runs approximately five years through July 31, 2024. The agreement also includes academic and athletic performance incentives.

"I'm thrilled for Terry. She has been an asset to Wisconsin Athletics for 25 years and now she will bring her energy, talents and integrity to this leadership role at Idaho. Terry is an experienced administrator who knows the importance of developing and preparing student-athletes for all-around success. She is a great match for this position and I am confident she will do an outstanding job."

"I would like to congratulate Terry on this exciting opportunity. She has made a significant impact at Wisconsin over the past 25 years, while establishing a well-deserved reputation as a respected administrator, both locally and nationally, through committee service and active leadership on policy issues across multiple sports. Her extensive background as a student-athlete, coach and administrator will serve her well in this new role. She is a terrific choice to lead Idaho intercollegiate athletics into the future. I wish her the best of luck."

"Terry is the consummate professional who has provided leadership to both coaches and student-athletes allowing all to achieve their full potential.  She fully embraces the student-athlete experience and works tirelessly to make sure that those she works with succeed with honesty and integrity."

"I met Terry Gawlik when I was appointed to the Athletic Board in 2004 and I worked with her very closely for 10 years, serving two terms on the Board with an additional two-year extension as the university's Faculty Athletic Representative. As an Associate Athletic Director, Terry distinguished herself by getting to know every member of the board by name, interest and skill set. In a time when the student side of athletics was believed to be overlooked, neglected or forgotten, Terry earned trust from all members of the board by being consistent, authentic, dedicated, extremely capable and deeply connected across all sports. Her integrity, values and hands-on work style have endeared her to all of us in Wisconsin, who will miss her dearly. That said, we are all taken in by her excitement and enthusiasm for a new beginning in an incredible location, filled with amazing potential and great opportunity!" 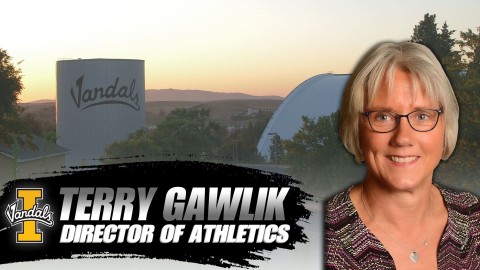