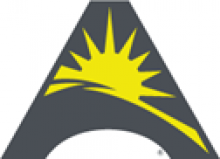 Headquartered in Atlanta, GA, the ASUN Conference (ASUN) was originally established as the Trans America Athletic Conference (TAAC) in 1978. It was renamed as the Atlantic Sun Conference in 2001, and then rebranded as the ASUN Conference in 2016. The ASUN is an NCAA, Division I conference boasting a membership of institutions that share visionary leadership, bold ambition, and creative innovation. As a nimble and adaptive conference, the ASUN is unafraid to blaze a national pathway for better service to its student-athletes, teams, and institutions. The ASUN has a proud history of firsts, national academic and athletic achievements, and a conference culture that walks the walk with its four ASUN Beams: Students First. Rise. Connect. Impact.

Not only are ASUN student-athletes thriving in the classroom, but they are thriving on the fields and courts as well. Highlights of recent success include:

The Commissioner serves as the chief administrative officer of the Conference, reporting to the Presidents’ Council. The Commissioner will work with the Presidents, Chancellors, and Athletic Directors of each member institution to create and implement innovative initiatives and strategies designed to achieve the mission and vision of the ASUN.

The Commissioner has primary responsibility for the supervision of ASUN staff and oversight of Conference office operations. Specific duties include:

The ASUN invites nominations and applications or expressions of interest to be submitted to the search firm assisting the Conference. Applications must include a cover letter, resume, and list of references. For full consideration, application materials should be submitted to Parker Executive Search’s website by January 17, 2023. Confidential review of materials will begin immediately and continue until the appointment is made.

The ASUN is an Equal Opportunity/Affirmative Action Employer.